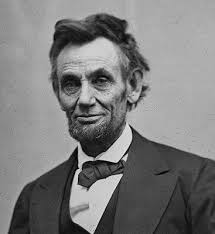 Abraham Lincoln has taken a place in the side of history the United States is more proud of, earning his spot on both the penny and the five dollar bill. However, one question that seems to be rarely asked about him is whether his actions were actually right, even if they did have relatively good outcomes. At first glance, it seems preposterous to even question him, but when you take a closer look at the Constitution and what he actually did, it makes a person start to question him.  The Constitution says that states have the right to secede, yet when they did, Lincoln took them back by brute force. On the other hand, he freed the slaves, which was far beyond righteous. This is a moral conflict in my mind: Was Lincoln right?

The Civil War was, in one way of looking at it, totally unconstitutional. When the United States came together, it came together on the condition that states could to secede from the nation. However, when the South tried to do just that, Abraham Lincoln started the war to get them back. Lincoln started a horrible war which pitted families against each other and had a greater American death toll than any other war by far. In a way, he violated basic rights of American citizens with the Civil War. All else equal, this should be an unforgivable crime.

However, Lincoln also did a great justice with that war – he freed the slaves. Without Abraham Lincoln, there is every possibility that African Americans would still today be slaves. Like anyone, I have my share of African American friends, and it breaks my heart to think what they would be like if put in such a position. While Lincoln broke a constitutional right by taking back the South by force, he also saved the rights of an entire race of people in America, being just about the first to even think of it. In this perspective, Lincoln is practically a saint.

So did Lincoln do the right thing and make the right choices or not? The answer to that question depends on individual opinions pertaining to another question entirely: Is it okay to step on the rights of some people if it means saving the rights of many more? To me, this question will always be a moral conflict, but I’m glad I wrote about it. Please, post your opinion in the comments. I love to hear more input.

One Response to Was Lincoln Morally Right?