The Legend of Zelda: Ocarina of Time II (fanfic) Part I 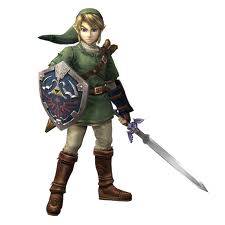 Groggily, the fairy sat up. “I’m awake. What do you need, Great Deku Tree?

The tree’s face was grim and serious. “I fear that an old evil is descending upon the land.”

There was something wrong. Zelda could sense it.

She rushed out of the castle, surprising all the guards. She ran through town, and nobody knew what was going on. What was wrong with the princess? Then they saw where she was running.

Zelda ran straight until she was standing outside of the Temple of Time. It seemed to be emanating darkness. A group of curious villagers followed her inside, with a group of guards circling the entire party, knowing their responsibility to protect their princess and the villagers. They made their way to the Door of Time, led by Zelda. The darkness here was so strong, it could even be seen in the air. There were large dents, protruding out of the door. There was a constant pounding, and with every one, a new dent was made, or another grew larger. There was only one person on the other side of the door, and he was the only who could make this destruction, anyway. Zelda spoke –

“Come on, Link!” my father yelled. “Get out here and show us what you’ve got!”

“I don’t think I’ve practiced long enough…” I said from around the corner.

“Fine,” I said, stepping out into the living area, before my mother and father. I took out my ocarina – a blue one with a triforce symbol on it. I had often played an ocarina, but not this one. I recently inherited it from my grandfather, the famous Hero of Time, and my namesake, before he passed away. He also left me a song sheet for the song I was about to play. It was called, “Zelda’s Lullaby,” though I wasn’t sure what it had to do with our Princess Zelda. It sure was a nice song, though.

Anyway, I put the instrument to my lip and begun playing. Although I had been reluctant at first, the song seemed to come out perfectly. It may have been my imagination, but I think the ocarina actually begun to glow as a played the song. Nevertheless, I played soothing song from beginning to end, and when I finished, my parents applauded. “Alright!” “Bravo!” “Well done, Link!” My father sat up. “Now, off to bed with you! Good night!”

I nodded. “Good night.” I then walked out of the living area and made my way to my room.

I guess I did well, I thought. Better than I had expected. I opened the door to my room, and was shocked to find a fairy there.

It took all I had to keep from screaming out loud in surprise. “Wh-who are you?” I said shakily.

“Navi…” Somehow, the name sounded familiar. “Wait, aren’t you the fairy my grandfather, the Hero of Time, quested with all those years ago?”

“Yes, that is me. I remember Link. Such a brave young lad. I remember combating Ganondorf with him. Yes… good times…”

“Navi, that was years ago! You don’t look that old!”

Navi laughed. “We fairies age much slower than humans.” Then her face turned serious. “But we are here to discuss you, not me. Hyrule is in great danger. The evil your grandfather once thwarted is returning. We need you to be the new hero. What is your name?”

“You too? You inherited your grandfather’s name.”

“So was your grandfather, at the start of his journey.” Navi’s voice was insistent, as if she really had to get this in my head. “He became a hero. So can you. It is your destiny, Link. Please, you must come with me. The fate of Hyrule is in your hands.”

I thought about it. This was big. If I agreed, I’d have to leave behind all I ever knew to go on a perilous quest. But if the evil that my grandfather fought broke free, he could take over Hyrule, and all I ever knew would be gone forever. Finally, I made a choice.

Then I glanced my parents peaking in through the door, which they had opened slightly. They quickly closed the door, but it was too late. I had seen them.

I ran through the door over to them. “How much did you hear?”

“We heard enough,” said my mother.

“We knew this day was to come,” my father said. “Your grandfather left us a note before he died.”

My father took a note out of a cabinet nearby. I read it aloud:

I would like my son, his wife and my grandson to all read the following, but it is mainly addressed to my grandson:
If you are reading this, your day has come and I have passed. Link, this is your time to save Hyrule. I knew that it was your destiny from the day you were born. You have to save the land from my old enemy, Ganondorf. He vowed to escape and attack my ancestors after I imprisoned him, and it is finally happening. I know you can defeat him. However, you will first need three important things – a horse, a sword, and a shield. I have made arrangements to have Lon Lon Ranch supply you with a fast horse that fits your size when it is time, so go there first. Next, go to Kokiri forest, and the great Deku Tree will supply you a quality Deku shield. However, you will have to find the sword I hid for you by yourself. You may be able to get some hints from the local Kokiri. Good luck.

“We can take you to Lon Lon Ranch,” said my father, “but you’re on your own after that.”

“Link, it’s the middle of the night.”

“Oh, right,” I said sheepishly. “I guess I need some sleep.” I turned and walked into my room, then got in bed. Navi watched as I fell asleep. Tomorrow, I leave Kakariko Village, I thought right before I fell asleep. Toward saving Hyrule.