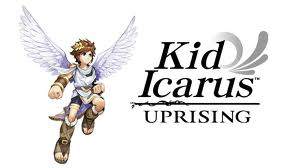 The series of Kid Icarus games hasn’t had a game since 1991 with Kid Icarus: Of Myths and Monsters. Now, finally, a new installment in the series called Kid Icarus: Uprising has finally come out – and it’s one of the best games I have ever played! The amazing amount of depth is matched by no 3DS game I’ve seen yet. Kid Icarus: Uprising was far from a disappointment. Let’s look into it, shall we?

The story takes place twenty-five years after the original game. Medusa, the main antagonist of the original, has been resurrected. Now Pit, the heroic flightless angel of the series must defeat her Underworld Army and her to save the entire world! Along the way, several twists and turns in the story are present. Throughout it all, though, the Goddess of Light, Lady Palutena, watches and aids Pit throughout it all.

The levels start with an on-rails flight section, in which Pit has been granted Lady Palutena’s Power of Flight so that he is able to fly for five minutes. After that, he’s forced to descend and initiate land battle, which eventually leads to an exciting boss battle. The game has a huge amount of options on how to play, too. A huge variety of weapons are there, and each one has its own tweaks to make it unique! It gives you a huge variety of options of how to take out enemies.

And then there’s the multiplayer. Either nearby or over the Internet, you can duke it out against other players. You can either choose to play in teams, 3 vs. 3, in Light vs. Dark, or have an every-man-for-himself competition in Free For All. The players land battle against each other, and can use their own weapons and pick up items to wreck total havoc on other players! It’s a huge rush, but it’s amazing!

I really wish I could say more, but I’m running out of room. There’s simply so much more to this game then I’ve said, but I suppose I’ll just have to leave it up to you to find that out! Anyway, I highly suggest this game to anyone who’s ready to try it. But I want to hear from you. Play the game, and tell me about it in the comments. I love to hear from you.