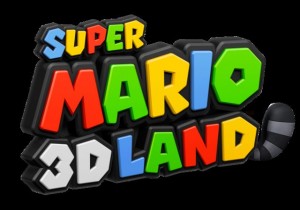 The latest installment in the Mario series, this game adds a whole new dimension to Mario’s travels! Featuring the return of an old classic power-up, the Tanooki Leaf, as well as a brand new power-up known as the Boomerang Flower, this new game may be the best in the series! From the green, flowery expanse of the Mushroom Castle to the lava-filled, bone-littered grounds of Bowser’s castle, this game takes you on a grand adventure all around the Mushroom Kingdom!

The game starts when a ferocious storm blows off all the Tanooki Leaves from the Tanooki Tree. Seizing the opportunity, Bowser kidnaps Princess Peach and begins powering up his army with Tanooki Leaves! Mario must take advantage of the returning power-up and many others to defeat Bowser and save the Princess once more.

The gameplay surpassed my expectations. At first, I was wary of getting the game, as it was heavily based on the 2D series despite being 3D. I’m not the hugest fan of the 2D series, but for some reason I got it anyway. I loved the game! This is easily one of my favorite games in the series, if not my absolute favorite! With the addition of the new power-up as well as the return of the Tanooki Leaf, this game is littered with awesome pluses! The game takes off easy, but steadily gets more and more challenging. To add to that, once you beat all eight worlds, you access the special worlds – enhanced copies of the worlds we all know and love. Best of all, after beating the first special world, you unlock – well, you’ll have to play and find out!

Overall, this is one of the best games on the system and in the series. I strongly advise playing it, as I love it. But I want to hear from you. Once you play it, tell me your opinion in the comments. I love to hear from you!