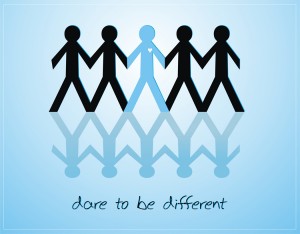 Why is it so important to respect other peoples’ differences? This is a very important subject, because respecting differences is very important in life. That is why I decided to write this article, so pay close attention and don’t hit that red X!

First of all, minor differences, like skin color. When it comes to this, it’s less of a matter of respect and more of a matter of not showing disrespect. You can’t disrespect someone just because of another skin color, although that’s exactly what they did in the past and still do in other countries. These differences should be disregarded, because they are differences on the outside, not the inside. Outside doesn’t change inside, so treat people of other skin color like you would everyone else.

More importantly, the major differences – the ones on the inside. Personalities are all different, and many people don’t like that. Think about the popular crowd at school – they exclude people different from them. That isn’t right, because differences make the world go round. I’m sure many of you want to fit in at school, but that should not be your goal. Stand out! Think of a world where everyone fit in. Where everyone was the exact same. Nothing exciting would ever happen. Everything the exact same. Pretty boring, huh? I thought so. Stand out, and encourage others to do the same. And most of all, NEVER shun others because of their differences. Respect them, because those differences are what make the world what it is.